Adopt a Coral
at
Sheraton Maldives 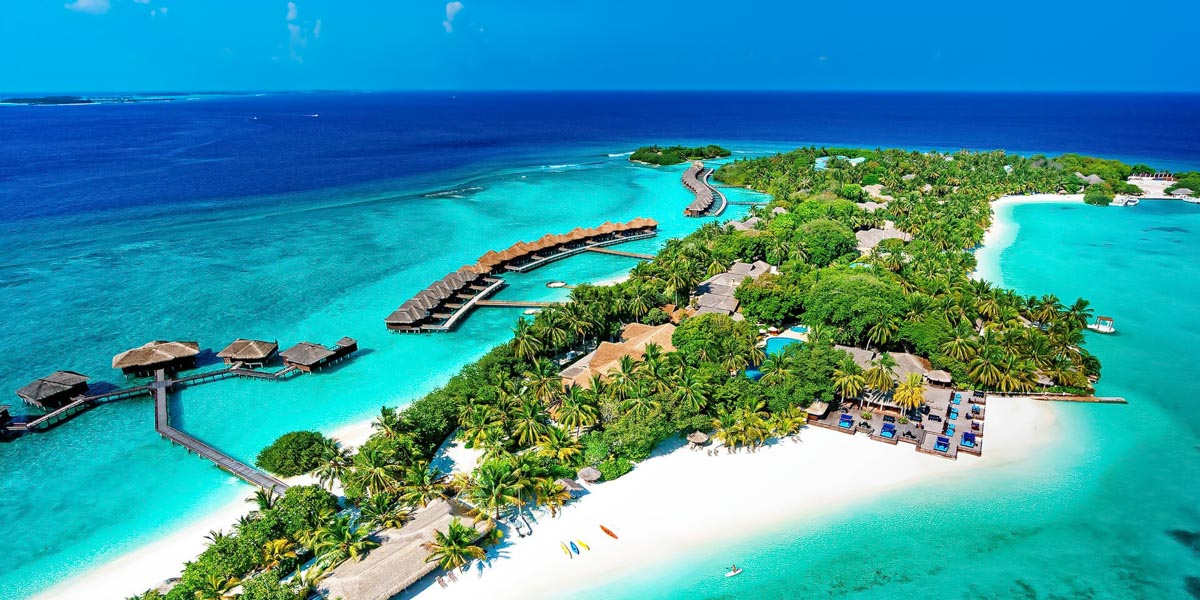 In 2020, Sheraton Maldives Full Moon Resort & Spa teamed up with Reefscapers to start their coral propagation program. The aim of this project is to restore coral reefs by placing coral frames around the resort’s house reef, rejuvenating the reef and allowing guests to see their corals grow over time.

Reefs in the Indian and Pacific Oceans have been severely impacted by increasing bleaching events, water pollution and man-made developments, resulting in the death of large coral colonies across the globe. Our coral frames’ technique offers the best solution to restore the reef, as it is accompanied by regular care and monitoring,  with bi-annual photography for constant updates.

How Do Coral Frames Work?

The coral propagation program concept is simple and works by attaching small fragments of corals onto a metal frame, allowing corals to grow and mature into new colonies in the resort’s lagoon. This improves the marine habitat and increases the number of species of fish and marine life in the surrounding areas.

Within 6 months of being attached to the frames, the corals start to grow new branches and fish start returning. Within a year, they grow up to 15cm in length. Within 3 years, you have a small reef that will eventually grow onto the natural reef substrate.

We regularly maintain the frames and follow a strict monitoring program by taking photographs of all the frames every 6 months. This allows us to follow the coral growth and refine our propagation techniques over time.

The coral frames are designed and made on a local island in Baa Atoll called Fulhadhoo, providing employment for several local people and allowing them to develop skills outside of traditional fishing. 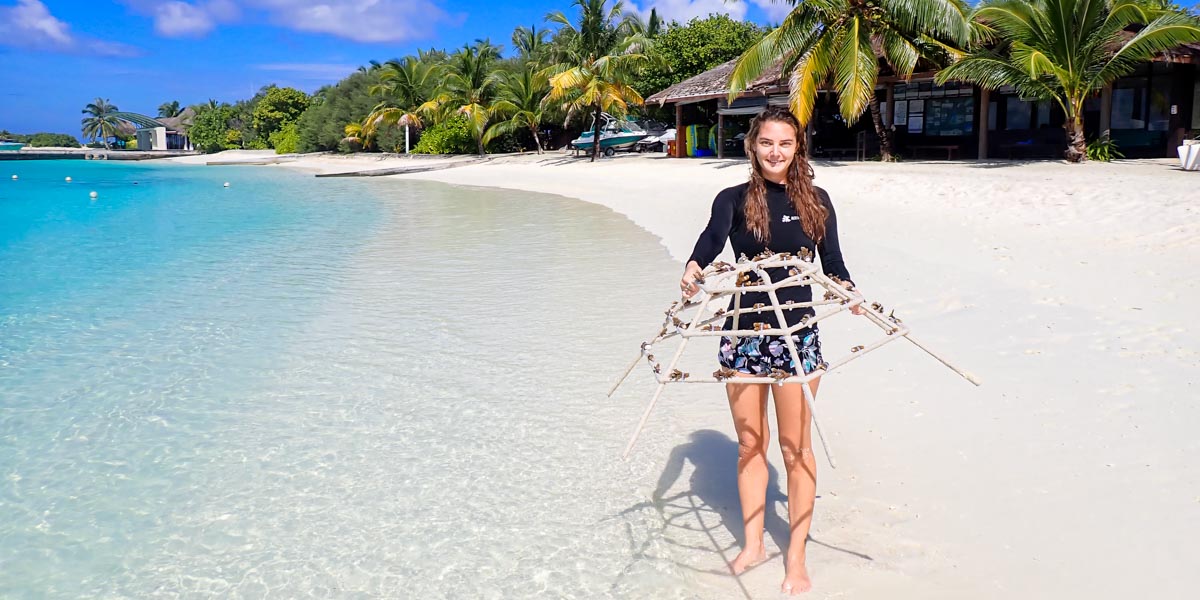 How Is The Progress?

The initial stage of our artificial reef project was successfully completed in February 2020. We transplanted a total of 50 coral frames around the resort, all sponsored by Sheraton Maldives Full Moon Resort & Spa. This represents an impressive 3,000 coral fragments located in the shallow lagoons around the island.

In August 2020, the project was expanded with the additions of super structures: large pyramids with full colonies transplanted in the lagoon and near the dive centre. These coral pyramids have attracted an immense variety of fish and other marine life not seen in these waters for many years.

All the coral frames are monitored every 6 months and photos are uploaded on this webpage. Guests that sponsor a frame receive an update of the frame and are able to book a private snorkeling tour with the resident marine biologist to see their frame underwater again. 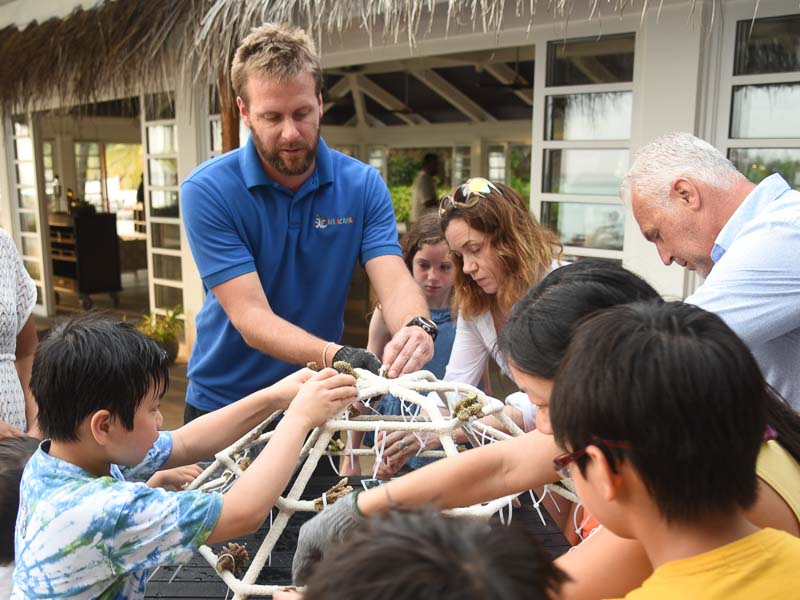 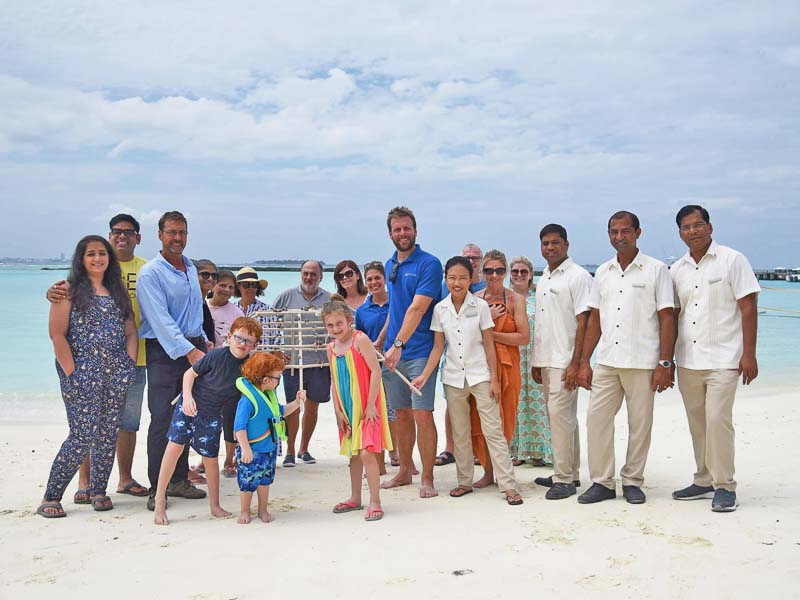 How to Get Involved

It’s easy to get involved! Simply adopt a frame, and, with your help, we will transplant it with healthy coral fragments and place it in a dedicated growth area. You will receive a unique reference number, and photos will be uploaded every 6 months to this web page, allowing you to monitor the growth of your corals from your home as they mature and flourish. 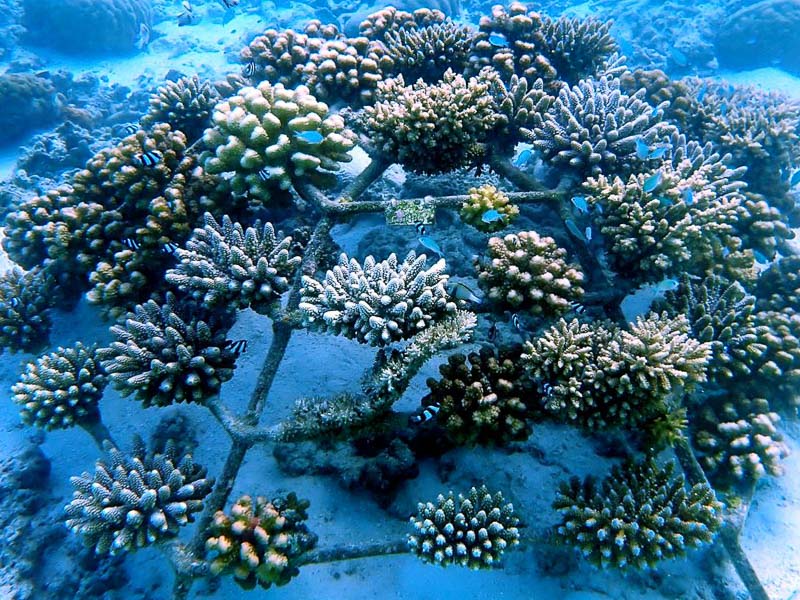 After days and hours trying to predict the moment coral will spawn, our team of marine biologists based at the Sheraton Full Moon Resort & Spa witnessed coral spawning on 20 November 2021 (one day after full moon). A stunning event that is similar to a slow-motion snowstorm underwater. Interestingly, one species of Acroproa secale spawned on 19 November, the day of a full moon and partial eclipse. This is a normal event, and it has been witnessed in other places before.

Three species of Acropora spawned simultaneously (Acropora secale, Acroproa squarrosa and one species thought to be Acropora plantaginea) releasing their bundles of egg and sperm that will float to the ocean surface for external fertilisation. New larvae will then be formed, and a new coral polyp will settle down on the reef: the beginning of a new coral colony.

Coral spawning takes cues from the lunar cycle, tide differences, water temperatures and wind. Even though there is a lot of research on coral spawning all around the world, there is still a lack of understanding around specific species of our very much-loved corals. These spawning events will help us collect more scientific data on three species of Acropora.

A key aim of coral restoration is to increase the abundance of coral in the area, and therefore increase the likelihood of successful spawning. A mass spawning event at the Sheraton Maldives is a great indicator of the success of the project so far. 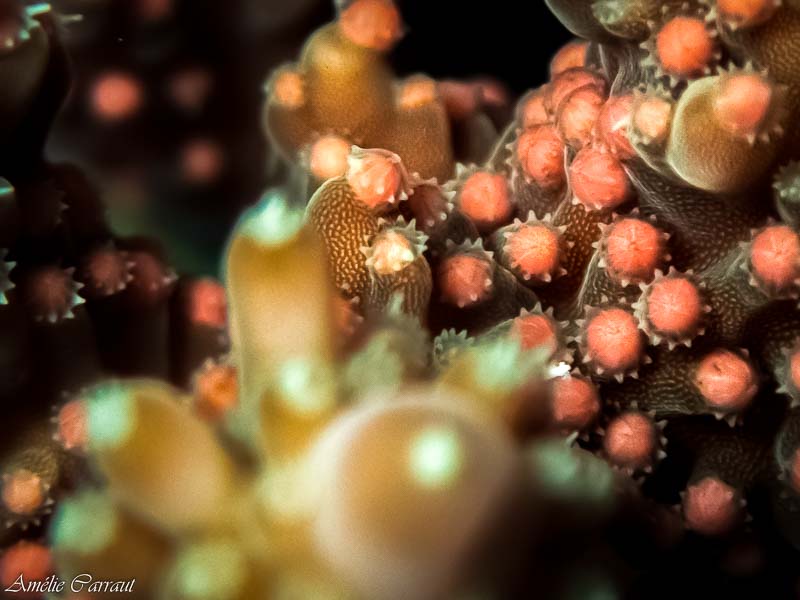 Here you can see the details and photographs of all our Reefscapers coral frames transplanted around Sheraton Maldives.

Our team regularly inspect and maintain all of our frames, and photograph them every 6 months to monitor the growth of the coral fragments as they grow and mature.

How to view your frame photographs: Enter your name or email address or coral frame tag number into the search box and press ‘Submit’. For example, type a 3-digit tag number such as 050 and press submit.

Thank you to all our coral frame sponsors! It’s great to see so many people supporting our coral propagation programme.

Enter your details below