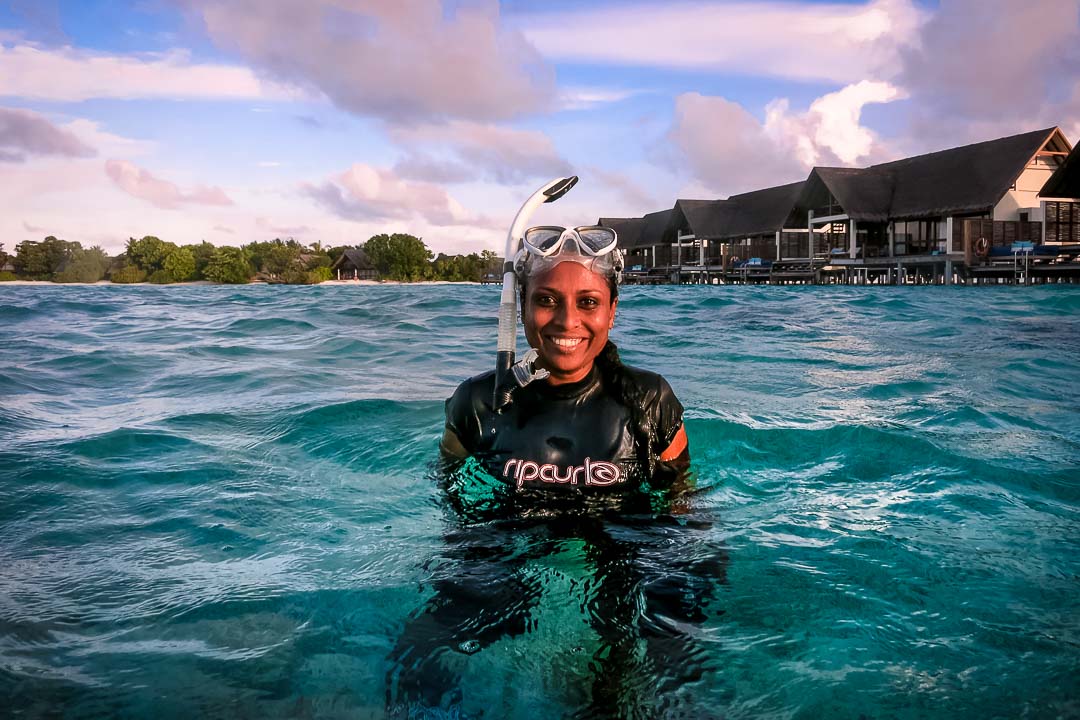 After schooling in the Himalayas, Marie worked for the Maldivian Government as a trainee Marine Biologist and Marine Research Assistant. Following a Marine Science scholarship at James Cook University (Australia), Marie gained a Master’s in Protected Area Management.

Marie worked as a Reef Ecologist at the Maldivian Government’s Marine Research Centre from 1993 to 2009. One of her many projects was the management of shark and aquarium fisheries, and she remains passionately involved with shark conservation to this day. Together with the Pew Environment Group, Marie helped to establish the shark sanctuary in the Maldives, and worked on the Valuation of Biodiversity undertaken by IUCN.

Marie is now a respected international consultant, working on shark conservation with a team of NGOs around the world. The ‘Global Shark Campaign‘ helps governments implement management measures to protect sharks and rays. 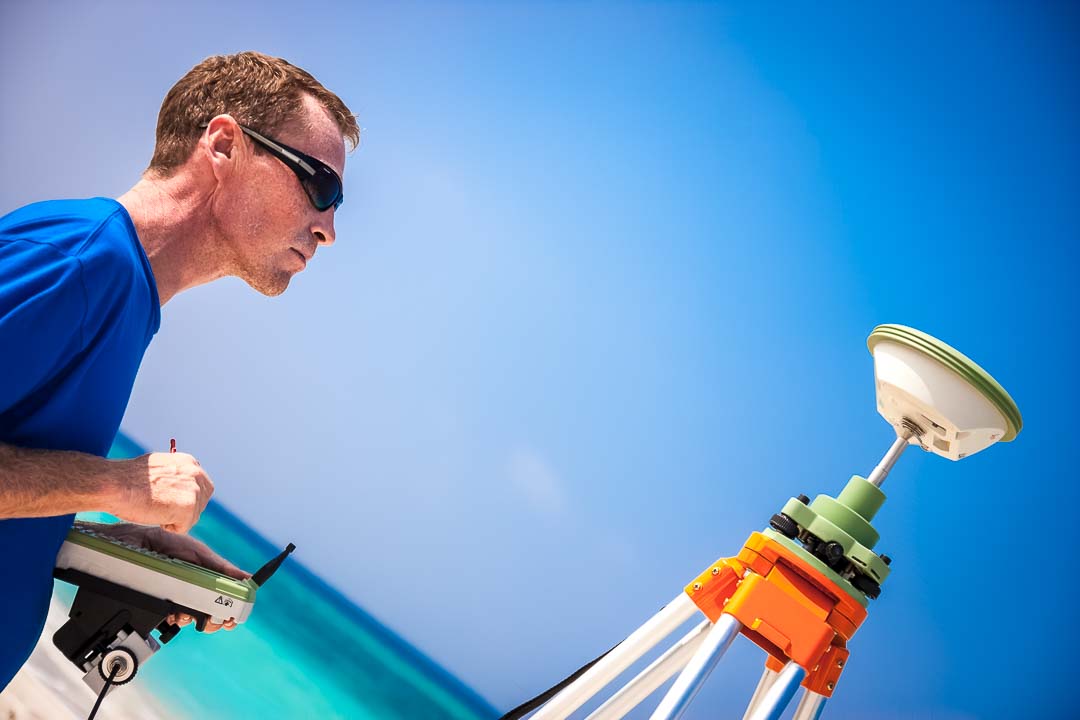 French coastal oceanographer and founder of Maldivian environmental consultancy Reefscapers, Thomas has been spearheading the environmental projects in the Maldives since the year 2000.

In 1992, Thomas obtained the Baccalaureat-C (Mathematics & Physics) with distinctions in Vannes, France. He was admitted to the ENSTA ParisTech, one of the French engineering “Grandes Écoles”. While studying there, Thomas took part in several exchange programmes and studied at KTH Stockholm (Sweden) and then at James Cook University of North Queensland (Australia).

Thomas moved to SE Asia in 1999 and has been living and working in the Maldives and Sri Lanka ever since. Along with Marie Saleem, in the year 2000 he founded Seamarc (‘Systems Engineering and Marine Consulting’). As well as running the company (now known as ‘Reefscapers’), Thomas is actively and passionately involved in each project, and continues to develop unique cutting-edge solutions to solve pressing environmental issues. 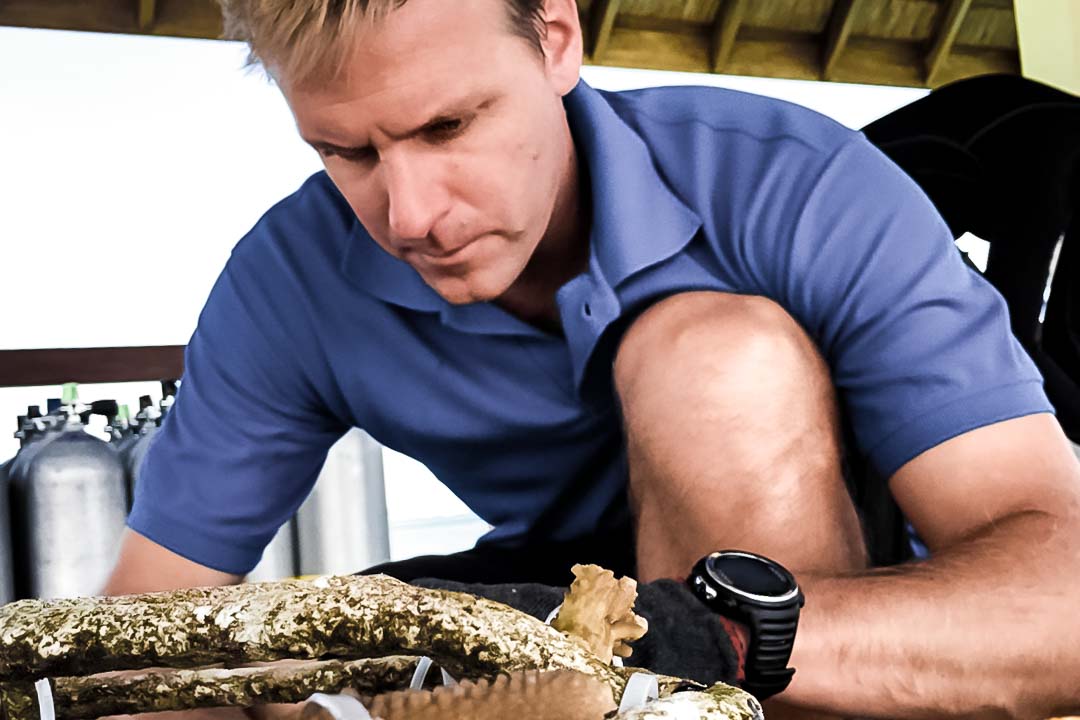 Sebastien gained a Master’s degree in Marine Biology at the University Montpellier (France). This was the fulfillment of a dream kindled by a passion about the marine world that began at a young age growing up in the coastal area of a small city in West Africa.

Sebastien first started his career as an aquaculture technician, with the opportunity of working with varied marine species and multiple productions in Australia, Europe, SE Asia and the Caribbean. More adventures unfolded, as Sebastien went to work as a fish-inspector in the Antarctic and in the Indian Ocean, on fishing vessels targeting tuna and Patagonian toothfish.

After a year at sea, Sebastien went to Thailand to develop coral reef restoration projects for resorts for two years. He then went for one last trip to the Kerguelen Islands as part of a scientific expedition to study the marine life population, before settling down as the Manager of the Marine Discovery Centre, based at Landaa Giraavaru (2014 to 2017).

Always looking for a new challenge, since 2018 Sebastien has been working to protect the marine environment as a Reefscapers Consultant, and continues to develop projects in the Maldives and internationally. 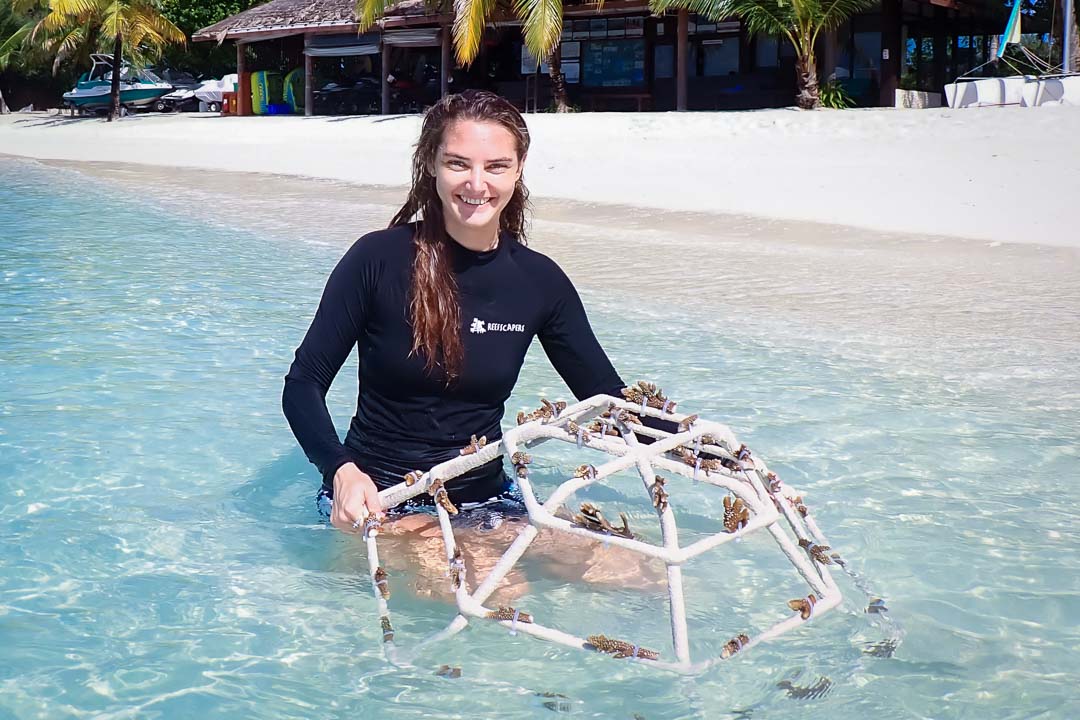 Amélie grew up by the ocean in the south west of France where she developed a passion for the underwater world. Enthusiastic and motivated, she studied in the UK and obtained an MSc in Conservation and Biodiversity from the University of Exeter.

She started her career as a field supervisor studying a group of chimpanzees in the Taï National Park in Côte d’Ivoire for conservation and ecotourism. After a year in the forest, she coordinated the communication of a European project to implement sustainable management strategies for skates and ray’s fishery in the North Sea and the Channel.

With a passion and strong interest for corals, Amélie is now working as a Marine Biologist at Reefscapers, managing a resort’s coral propagation programme, monitoring coral growth and communicating conservation activities to various audiences. 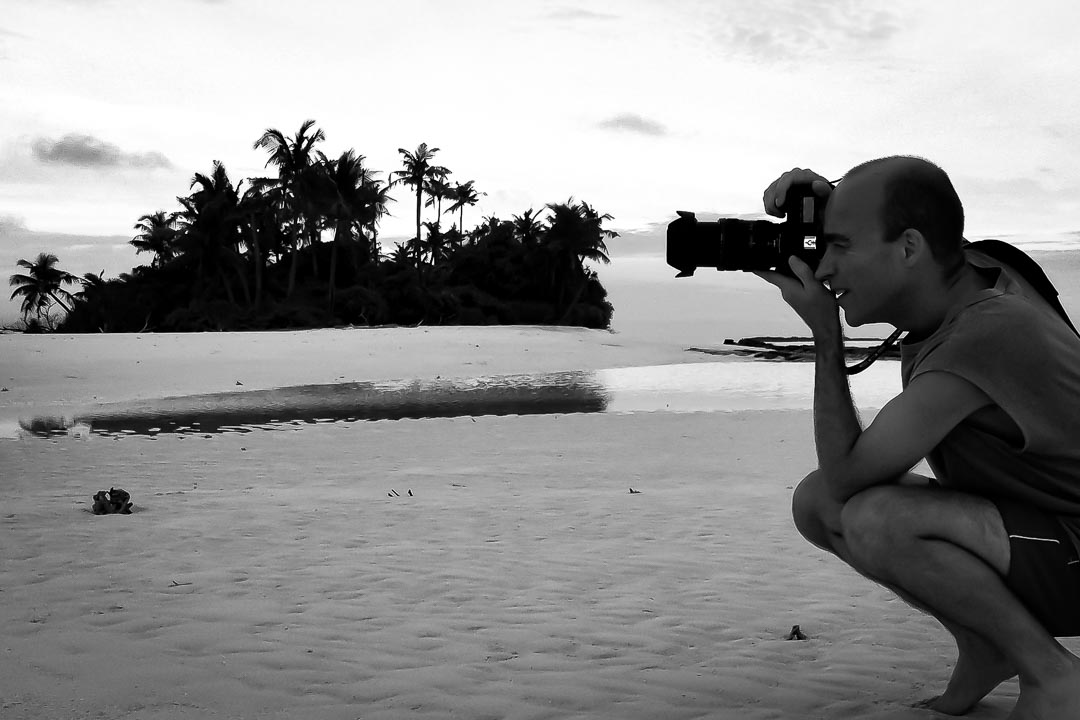 Fascination with wildlife led to a degree in Biological Sciences at the University of Wolverhampton (UK) and Martin combined a love of photography to study forensics using scanning electron micrographs.

Several IT jobs followed, including the setup and management of inventory control systems for a busy electrical warehouse. A series of promotions at telecommunications company Virgin Media led Martin to a role as Deputy Operations Manager for a large team of IT professionals overseeing the company’s national data centre. This included a year-long project working closely with IBM to design and exhaustively test a disaster recovery plan and technical documentation library.

Following a 3-month global trip, Martin made his home in the Maldives in 2007, initially as a resort Spa Manager, and then since 2011 as the web developer for Reefscapers and Marine Savers. 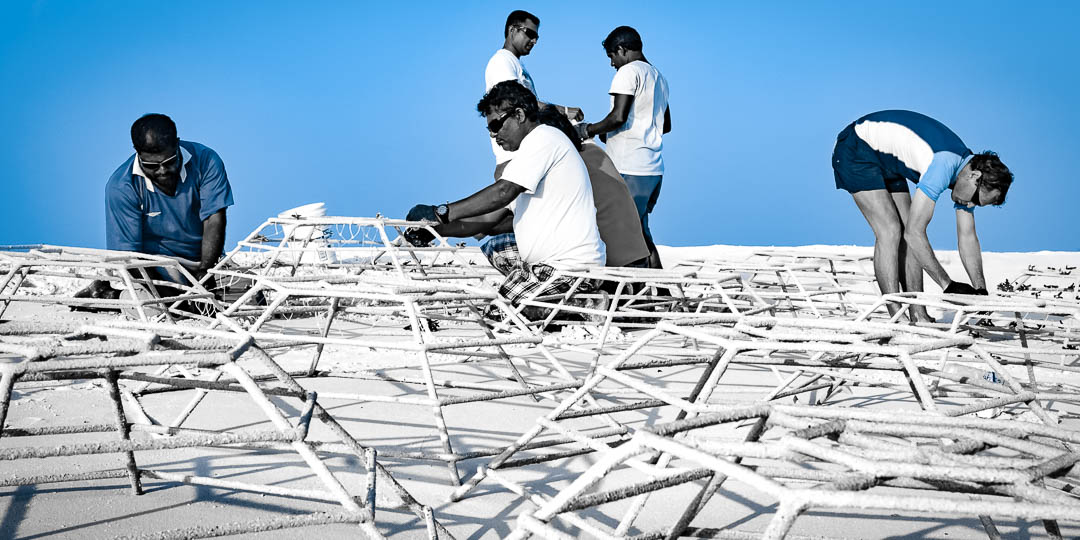